- Mike rapped verse one of 'In Stereo' over the intro of 'Points Of Authority' and missed the whole first line.

- This is the first time that the slow -> fast outro to 'Bleed It Out' was played since Projekt Revolution 2007.

Comments: 'Points Of Authority' only. Same mix as Source 0a but slight editing done (fade-in, fade-out, etc). Released on the Hybrid Theory - Live Around The World album. 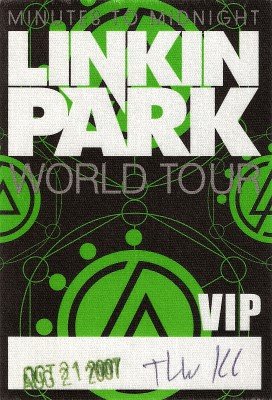