- Chester resumed playing guitar on 'Shadow Of The Day' at this show only 3 days after he broke his wrist.

- 'Bleed It Out' and 'One Step Closer' were swapped in the setlist at this show, and remained in this order for every following show that used "Set B" (this includes both the Australian and Asian tours).

- The crowd started cheering for Chester after Mike's intro to 'The Little Things Give You Away'.

Comments: 'Cure For The Itch' only. Same mix as Source 0a but slight editing done (fade-in, fade-out, etc). Released on the Hybrid Theory - Live Around The World album. 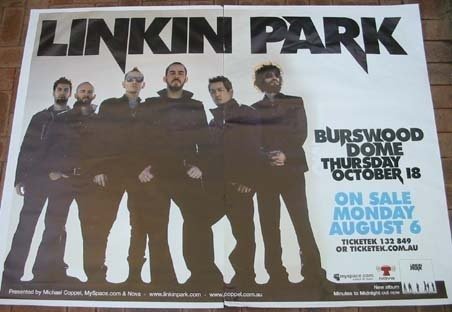