- This was the debut of the new "Set B". 'No More Sorrow' had a new, long intro that opened the show. 'Cure For The Itch' was played for the first time since June 4th, 2001. It was the first performance of 'QWERTY' since Japan 2006. Mike and Chester messed up after the song was finished and tried to say that it was the 2nd, 3rd, and 4th time it was played live. They finally settled on it being played "on one trip to Japan". The version played was a mashup of the 2006 version and the studio version on LPU 6, so it is dubbed the "2007 Version".

- 'Shadow Of The Day' was played without the intro loop due to a technical problem.

- This is the first time that 'Hands Held High' was performed live. After the song, Chester gave a short speech about how people had talked to him so much about the song, its powerful effect, and Mike's lyrics.

- This was the first time the Minutes To Midnight Tour Version of 'Cure For The Itch' was performed live.

Comments: The official live audio release of this show has an interesting edit in it. At the end of 'Cure For The Itch', Mike says "We never played that one for you...we haven't played this one for you either." However, on the audience recording, Mike can only be heard saying "We haven't played this one for you either." It seems strange that a brief line from Mike between songs would be edited like this, especially having something edited IN, rather than out! The most likely explanation for this one is that Mike's microphone hadn't been brought back up at the soundboard when he started talking (it was right after the encore break), and it was fixed for the official release.

Comments: Missing part of 'Cure For The Itch'. 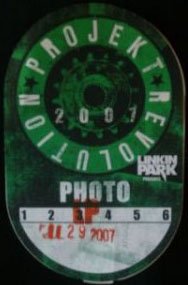 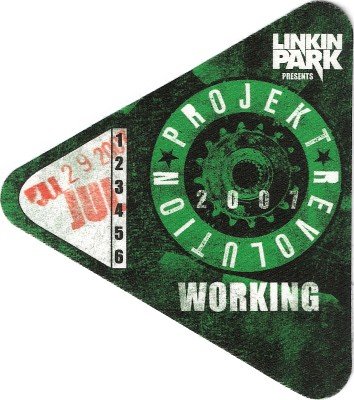 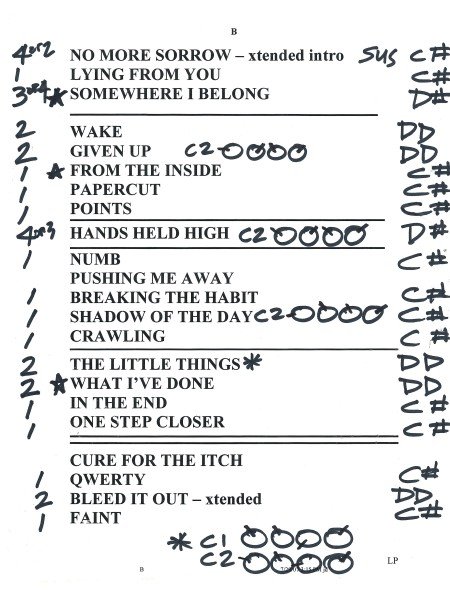