- Mike's keyboard had technical problems before 'Numb'. He started talked about their first show as Xero (November 14, 1997), when they played in Los Angeles and opened for System Of A Down. He said Daron Malakian from System Of A Down was "in a corner somewhere, just fucked up" before the show that the SOAD set was started "at like 1:00 in the morning." Then he said Xero thought, "I guess that when we're big, we can just do whatever the fuck we want for like, four hours and people will just stand around and wait."

- Joe messed up the beginning of 'Numb' pretty badly when they restarted the song.

- This was a small, intimate show to celebrate the club's opening. 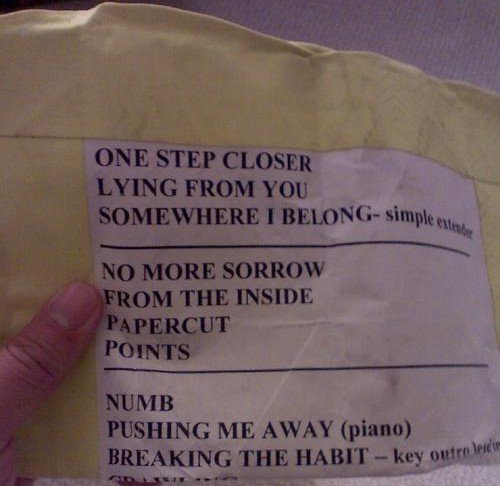