- 'Points Of Authority', 'Given Up', 'Don't Stay', and 'Leave Out All The Rest' were not played. It is unknown whether the barricade incident caused them to be dropped from the setlist or if they weren't on the setlist to begin with.

- After 'Lying From You', rowdy fans broke through the barricade at the front of the stage causing a 20 minute delay in the show. During the break, the band messed around and danced to music and Mr. Hahn scratched over a few beats.

- After 'Crawling', Mike took a minute to speak to the crowd in both Japanese and English. He gave a short speech about Live Earth, Projekt Revolution, and announced to the crowd the band's upcoming November tour in Japan.

- In an interview with MTV from June 2007, Phoenix said, "Doing Live Earth took a bit of logistical tweaking, though. The reason we’re playing in Japan is because our drummer Rob is locked into a wedding as the best man on the 8th, so we had to figure out how to play the show and have him make it to the wedding. But we’re booked, and we’re going to play. And Rob will get to the wedding, too, which is important."

- Many channels across the world broadcasted parts of the show - it's impossible to list them all. Those listed are the most common TV recordings.

- 'Bleed It Out' was released on the Live Earth CD/DVD.

Comments: 'Bleed It Out' only. Bridge sing-along is edited/shortened. Same audio mix as Source 0b. Released on the Live Earth DVD.

Comments: 'Bleed It Out' only. Bridge sing-along is edited/shortened. Same audio mix as Source 0a. Released on the Live Earth CD.

Comments: NTSC. Widescreen. 'One Step Closer' is missing. Break is cut. Contains an interview with Chester and Phoenix.

Comments: PAL. Fullscreen. 'One Step Closer' till 'Crawling' and has part of the break.

Comments: NTSC. Widescreen. 'One Step Closer', 'Lying From You', ' From The Inside', 'Crawling', 'In The End', 'Bleed It Out', 'What I've Done' and 'Faint'. This source has different angles compared to Source 1f.

Comments: PAL. Widescreen. 'Crawling', 'In The End' and 'What I've Done'. Same angles as in Source 1f, but slightly better overall quality.

Comments: NTSC. Widescreen. 5.1 audio. Only 'Bleed It Out', but has different angles compared to Source 1g. 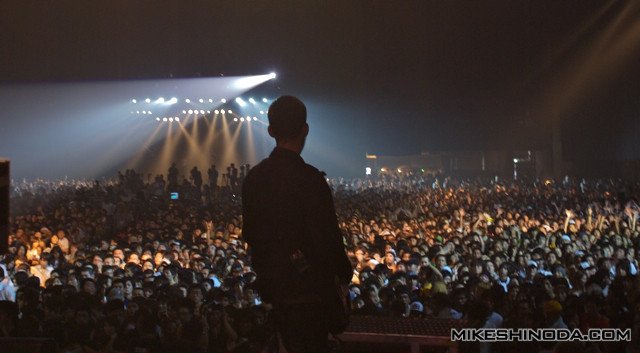