- Three tracks from this performance were also released as bonus tracks with all Best Buy editions of Minutes to Midnight: 'What I've Done', 'No More Sorrow', and 'Given Up'.

- 'What I've Done' was used as an iTunes bonus track for Minutes to Midnight. It appears on both the Explicit & Clean Deluxe (iTunes) versions of the album in Canada & USA.

Comments: Released on May 7th. All six songs. 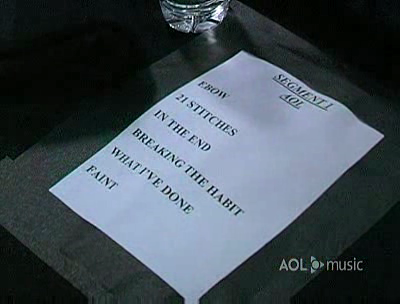