- Linkin Park and Jay-Z combined their allotted set times for the show to end up with a nine song setlist between both of them.

- Mike extended the bridge of 'In The End' to get the crowd to clap their hands in unison.

- The band learned a Jay-Z song that was new to them, 'Public Service Announcement', for the show so that they could give Jay-Z a proper introduction to the show.

- Live 8 was a group of benefit concerts on July 2, 2005 that preceded the G8 Summit in Scotland a few days later. Shows were held in London, Paris, Berlin, Rome, Philadelphia, Barrie, Chiba City, Johannesburg, and Cornwall. Linkin Park was invited by Bono from U2, who called Mike to invite LP. U2 ended up performing at the London event.

- The Philadelphia show was originally planned to be at New York City's Central Park, but organizers were convinced to move it to Philadelphia, where Live Aid was held in 1985. Over 700,000 people were at the Philadelphia event, with some estimates of over 1,000,000 people.

- The entire event was broadcasted live on TV worldwide and the Internet via a webcast.

- 'In The End' and 'Numb/Encore' from this show were released on the official 'Live 8' DVD.

- 'Somewhere I Belong', 'Breaking The Habit', 'Public Service Announcement', 'Dirt Off Your Shoulder/Lying From You', 'Big Pimpin'/Papercut' and 'Jigga What/Faint' from this show were released on the 'LP Underground 5.0' CD. Jay-Z's lyrical mistake on 'Big Pimpin'/Papercut' was fixed up, as mentioned before. Chester's voice was edited with effects on "Trying to bend the truth, lying my way from you" before the 1st and 3rd choruses of 'Dirt Off Your Shoulder/Lying From You'. It's badly mastered for an official CD and sounds distorted.

- Mike was set to collaborate with The Roots at Live 8 but the collaboration ended up not happening.

- This is the largest crowd the band has ever played to at one single event.

Comments: 'Numb/Encore' only. Different mix than Source 0a. Released on the Live 8 sampler.

Comments: 'In The End' and 'Numb/Encore' only. Released on the Live 8 DVD. 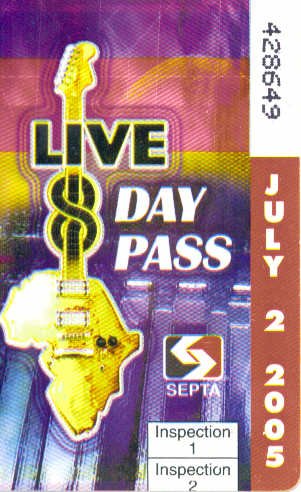 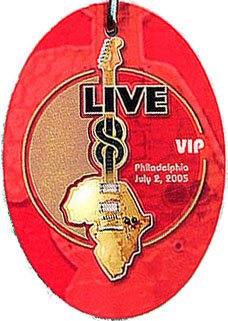 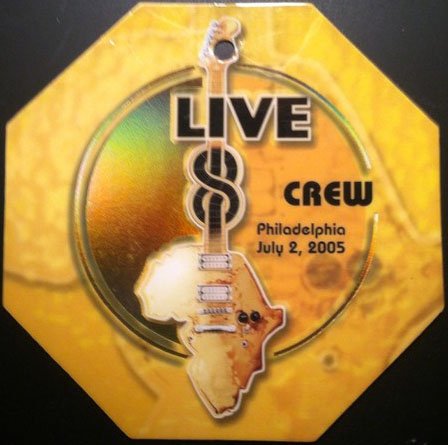 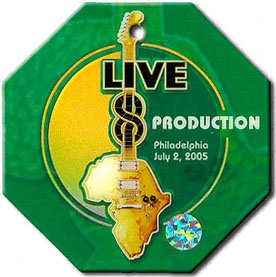 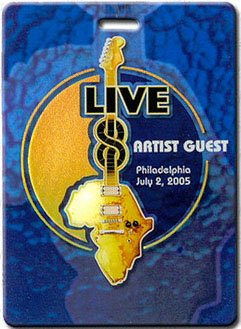 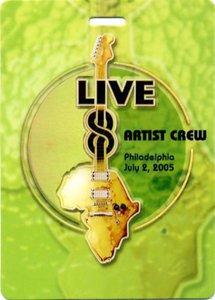 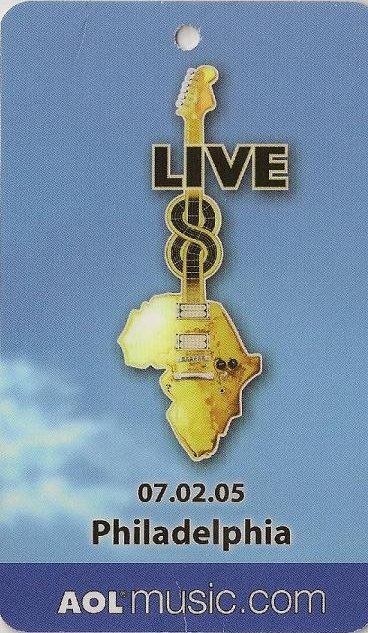 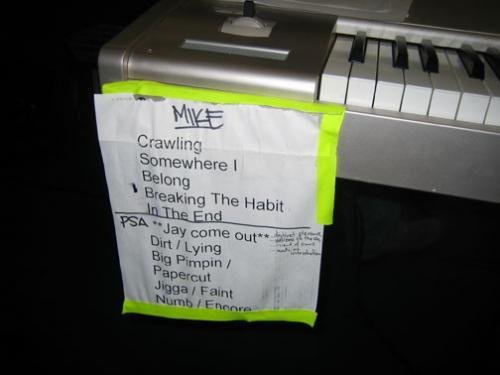