- Before 'Faint', Mike talked about paintings being done each night of the tour of the band on stage, from the side of the stage. He mentioned to look out on linkinpark.com for a chance to enter to win one of the paintings.
- Bert McCracken of The Used came out and sang on 'Faint'.

- The band extended the bridge of 'In The End' as Mike asked fans to join them in singing.
- Jonathan Davis of Korn came out and sang on 'One Step Closer'.

- Part of 'Figure.09' from this show was released on the LPU 4.0 CD as part of the enhanced content. 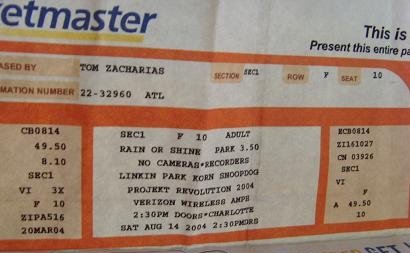