- Chester forgot the first line to 'Numb'. Instead of singing "I'm tired of being what you want me to be", he sang "Don't know what you're expecting of me". Realizing his mistake, he stopped and motioned to the band to start over but the fans had already started to sing it for him so he just laughed and continued from there.

- After 'Numb', Chester announced that a member of the touring staff named Janet was leaving the band and that that night was the last concert for her. He asked the fans to sing 'Happy Birthday' to her and led them in singing it. Mike said 'Bye Janet' while Chester kissed her right temple.

- Mike tried to get the fans to sing the bridge of 'In The End' on cue but failed. The fans continued to sing anyway while he said he had to give it a shot. Then he just laughed and let the fans sing.

- During 'A Place For My Head', Mike picked someone from the audience to lead the bridge. After that, Mike brought out his camcorder to record the crowd, saying, "Something for the people back home".

- Yohan, the lead singer from the group Pia, came out and joined the band on 'One Step Closer'.

- This was Linkin Park's first show in Singapore.

- "But in an earlier interview backstage with Life!, Bennington revealed that he was going to curb his behaviour because of censorship sensitivities here. 'Usually, I cuss a lot on stage,' he said. 'And I spit to clear my throat. I'm not sure I'll be doing that here.' Onstage, Bennington would occasionally walk behind the drums to guzzle water and was seen discreetly hacking onto the floor when his back was turned to the crowd. And true enough, not one swear word escaped his lips. 'I don't think it takes away from the performance,' he said. 'Our songs don't have vulgarities in them anyway.' Grinning, he added: 'It's a little like being at grandma's for dinner. You can't cuss, so you can't say things like, pass the fucking boiled carrots, birch.' Not that the crowd, which numbered around 15,000, and included pre-teen kids as well as adults, cared." 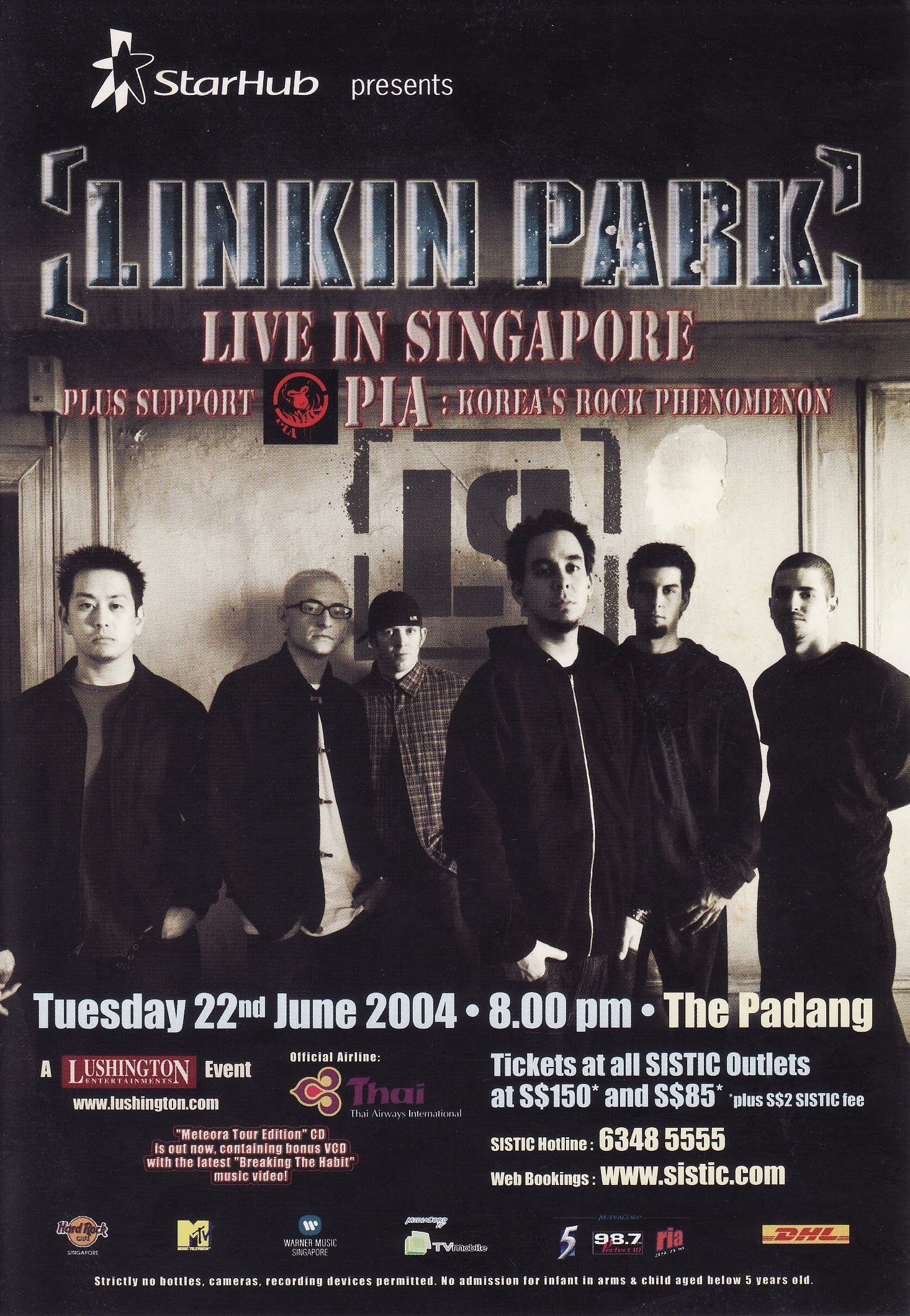 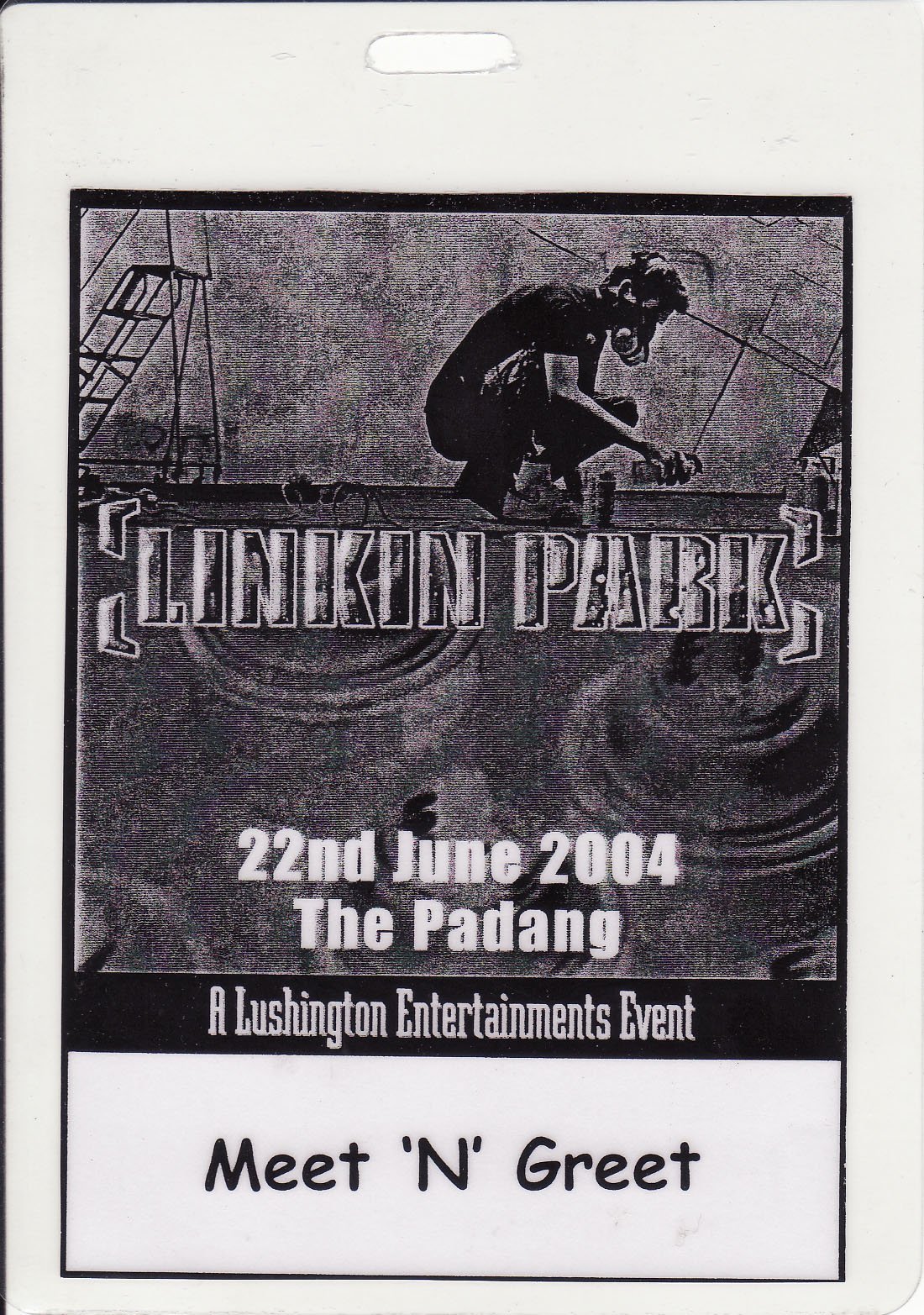 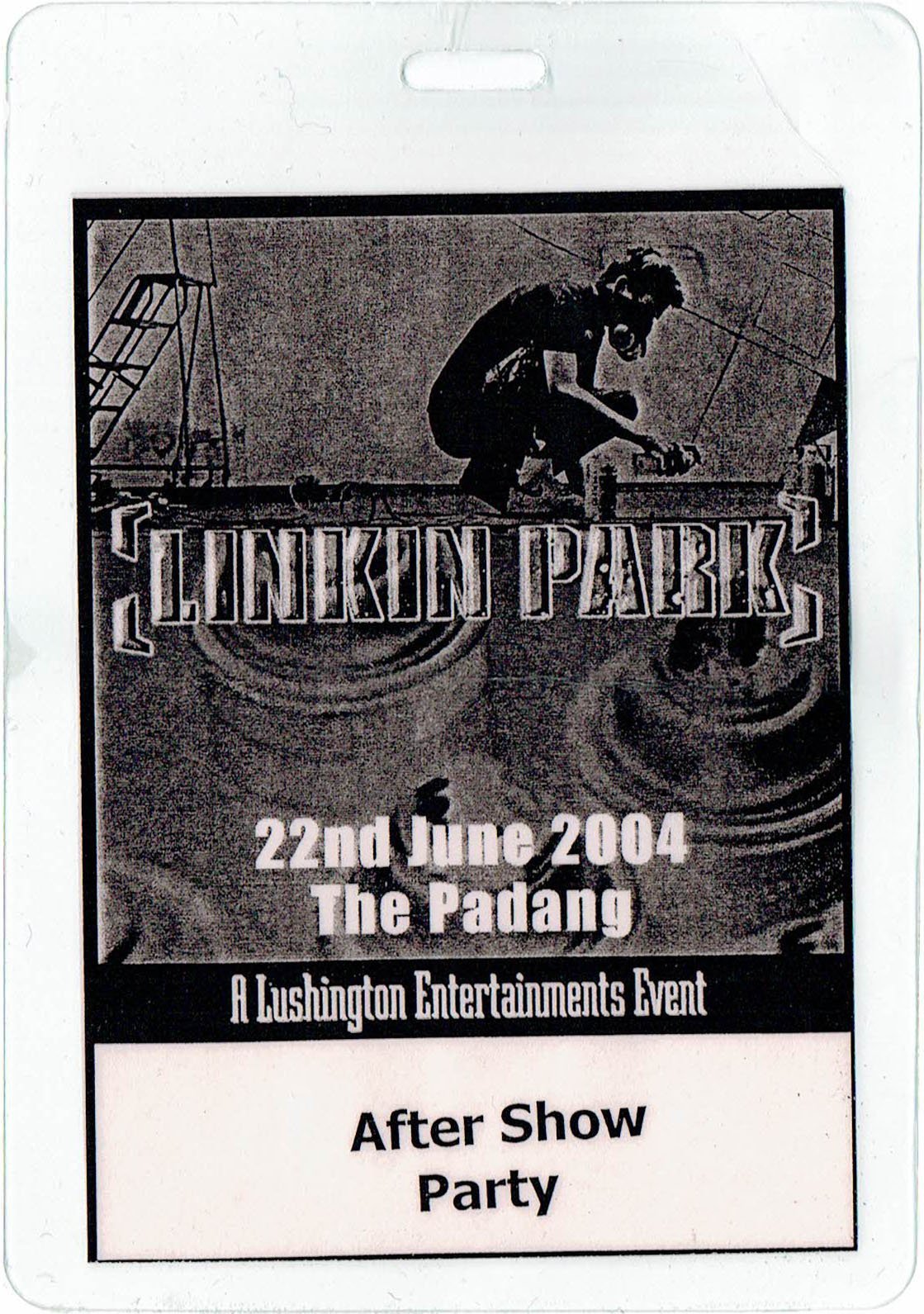