- This was Linkin Park's first show in Thailand.

- 'Lying From You' was broadcasted by ITV as part of the Twilight Show.

- Clips of 'Don't Stay' and 'Lying From You' exist from ThaiTV3's Red Seed and House Party.

Comments: Only 'Don't Stay' and 'Lying From You'. Member LP_Yeast shared a VCD upconvert & edit of this source to LPLive in April 2010. The video has edits to it like 4:3 letterboxing and a short Pajjek Group intro at the beginning and end of the video. The "Live in Bangkok" mark at the bottom (which shows up at the start of the songs) has been fixed and it is seen that a "TV" logo has been covered by the "Pajjek Group" logo. 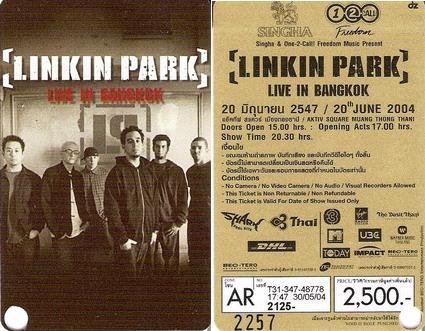 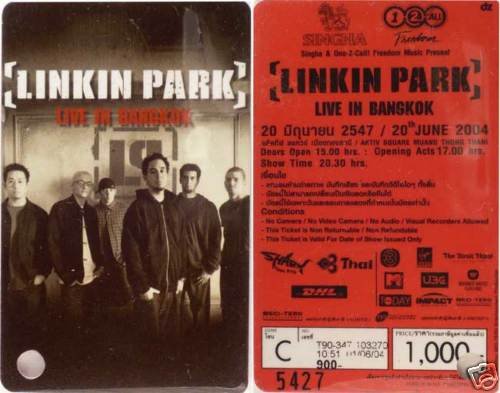