- Before 'Somewhere I Belong', Chester tried to throw his guitar pick from 'It's Goin' Down' to someone in the crowd but missed, saying "I throw like a fucking girl, I'm sorry man, I'll make it up to you I promise."

- Even though Mike wanted them to wait for Chester, the crowd sings the bridge to 'In The End' by themselves, and then joins in with Chester once he starts again by himself.

- On the intro to 'A Place For My Head', Brad talks to Mike and wants him to bring someone up from the crowd to speak German. Also, Chester gives a shoutout to a man in a dog suit, who he calls the "Dog Man". A fan called Benjamin was pulled up on stage during the bridge to speak German to the crowd. He spoke broken English first and then German to the crowd to tell them to sing "Go away" with Chester during 'A Place For My Head'. During this, someone threw their gloves on stage, which prompted Chester to say "I found OJ's gloves!". He then went into the crowd to sing the bridge with them.

- Avril Lavigne can be seen on the right hand side of the stage before 'Wish'.

- Linkin Park did not headline. Die Toten Hosen, a German band, played after the band. However, LP was still able to perform a full setlist.

- 'Breaking The Habit' from this show was used for the 'LP Underground 4.0' CD and for the 'Projekt Revolution 2004 Sampler'.

Comments: 'Breaking The Habit' only. Same mix as Source 0b but slight editing done (fade-in, fade-out, etc). Released on the Projekt Revolution 2004 Sampler.

Comments: 'Breaking The Habit' only. Same mix as Source 0a but slightly longer. Released on the LP Underground 4.0 CD.

Comments: Full show. Webcasted live with a delay of about 30 seconds on Rockpalast.de.

Comments: 'Faint,' 'Lying From You,' 'Numb,' 'From The Inside,' 'Breaking The Habit' and 'One Step Closer' only. Very bad editing by MTV.

Comments: Very common DVD. Multiple recordings exist. It's hard to say what's the best of those. It was only broadcasted in full twice. This version differs on the editing and used camera angles from the MTV version. The intro and the outro was shortened and the encore break between 'A Place For My Head' and 'Crawling' was removed. WDR also removed also a (dirty) laugh by Mike on 'In The End'. It was clearly almost completely removed. Listen to that here. The band approved this recording before it was shown (hence the delay in it being shown on TV) and it is rumored that Mike helped mix the audio for it.

Comments: 'Faint,' 'Lying From You,' 'Numb,' 'From The Inside,' 'Breaking The Habit' and 'One Step Closer' only. Very bad editing by MTV. Includes 'In The End' from MTV Germany's "Best Of Rock Am Ring". 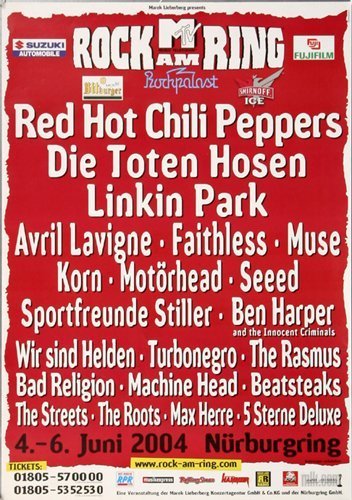 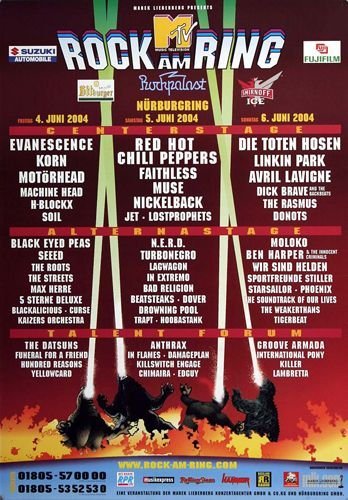 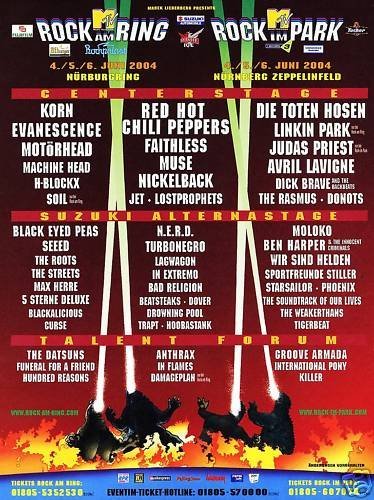 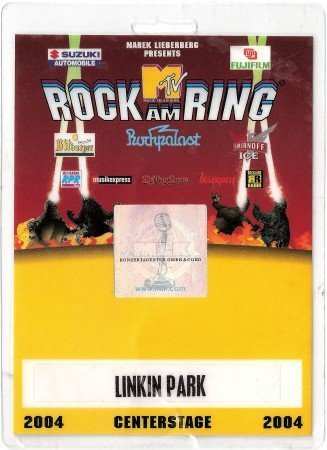 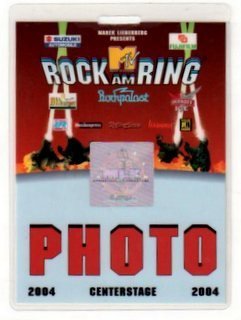 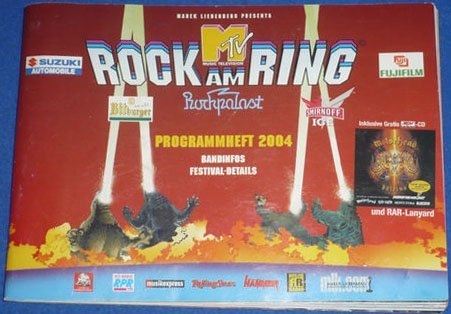