- The band invited Xzibit out on 'It's Goin' Down'.

- Cypress Hill's B-Real and Body Count's Ice-T came out on 'One Step Closer'.

- This is likely the first time ever that the 'From The Inside' intro was played.

- 'Nobody's Listening' was extended. After the second verse, Mike continued and rapped the first verse from 'Standing In The Middle.'

- This is the first time that 'Breaking The Habit' was played live.

- Most events at this venue are held in a tent of some sort (or multiple tents), but the Main Stage was set up outdoors.

too, along with 'Papercut', 'Points Of Authority', and a raw footage sample (later removed). Eagle Vision has released several DVD compilations of performances from past Smokeout Festivals, some even containing performances from 2003, but none of them include any of the Linkin Park performance. 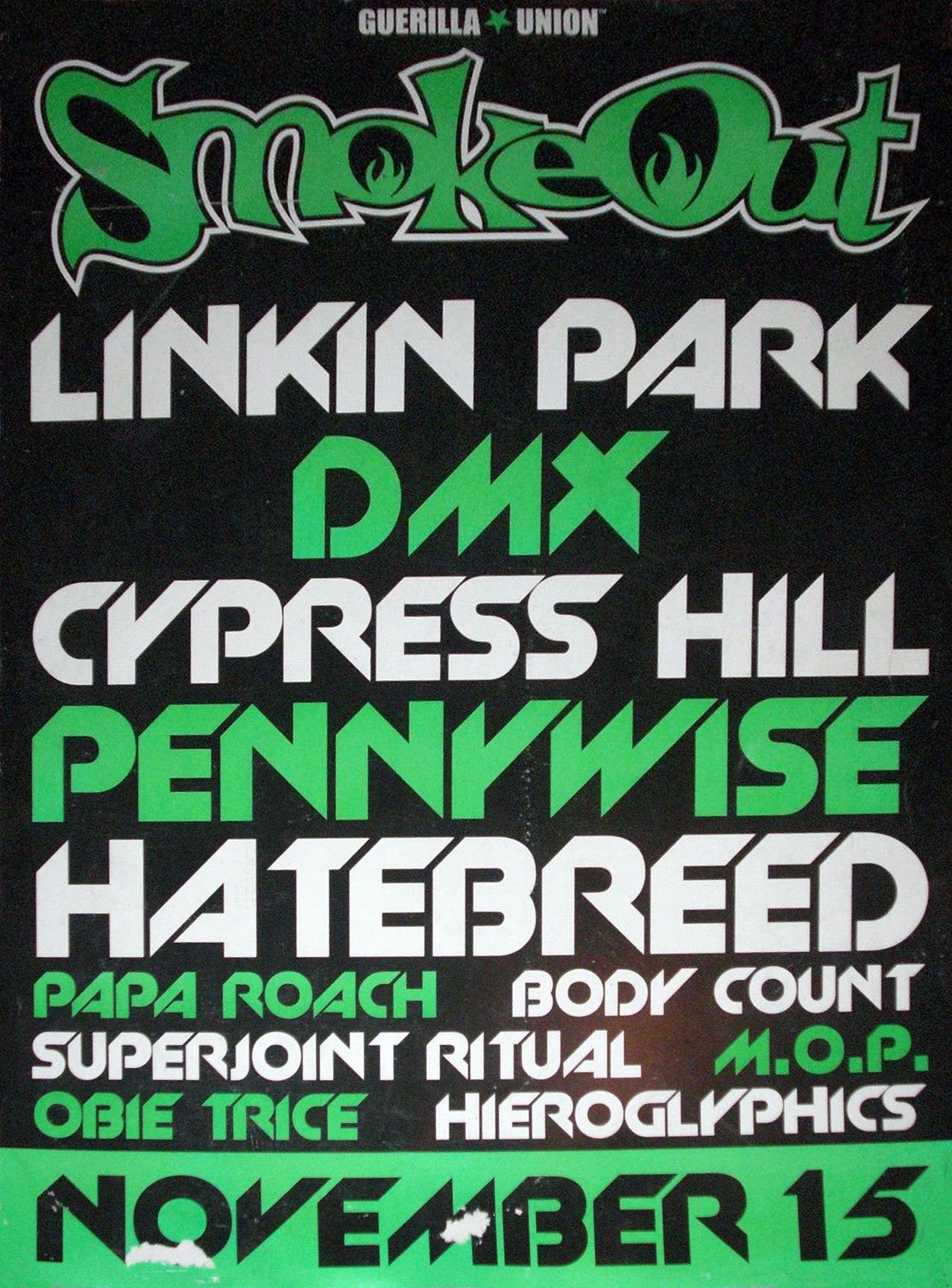 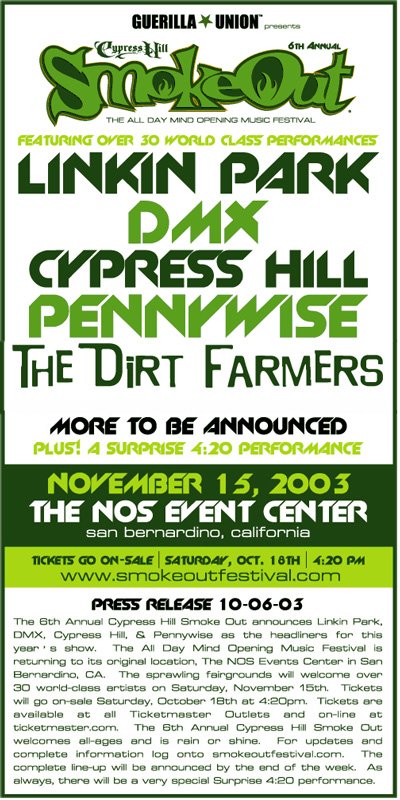