- After screaming "WHY" on the 'By Myself' intro earlier in the year, Chester appears to have switched it around this point of the touring cycle "BURN / BRIGHT / BURN / BRIGHT".

- Brad performed the intro of 'Pushing Me Away' before 'P5hng Me A*wy'.

- 'Numb' was given a new guitar intro at this show.

- This was the band's second trip to Tokyo (after their 2001 show there) and they headlined three nights in four days at the venue. After one of the shows, according to the From The Inside book by Linkin Park, Mike was found by their tour manager passed out in an alley behind a bar.

- Footage of this show was used by Mark Fiore on the video of 'Faint' that appeared on the "Live In Texas" TV special. 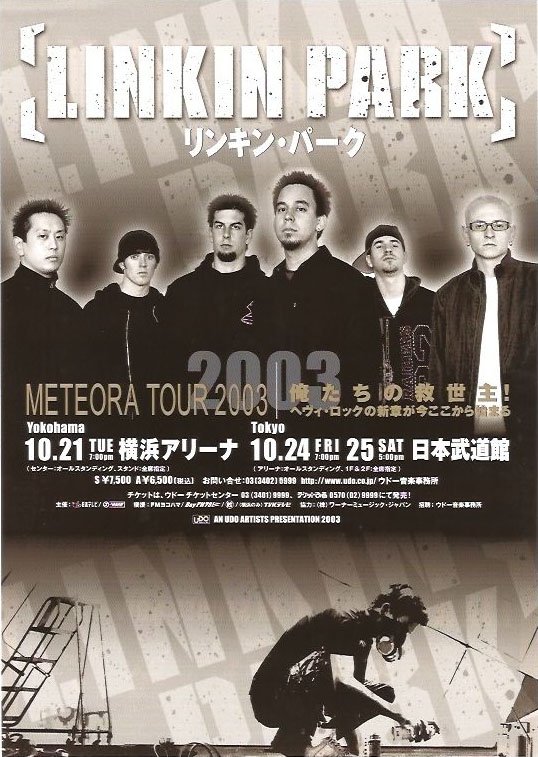