- It seems like Brad's amp wasn't turned on for the intro of 'A Place For My Head' because his guitar abruptly cuts in after it's supposed to.

- After 'A Place For My Head,' Mike tells the crowd that the show is Donny's, Rob's drum tech, last show with the band, so they have him do his very own short drum solo on Rob's drums.

- A video with clips of the first few songs proshot as well as Brad (speaking in Spanish) and Phoenix giving a pre-show press conference exists.

Comments: Bad venue acoustics. This source was uncirculated at all outside of the taper from 2003 to 2008. In March 2008, it was bought from the taper by Felipeintheend and Maza_G. 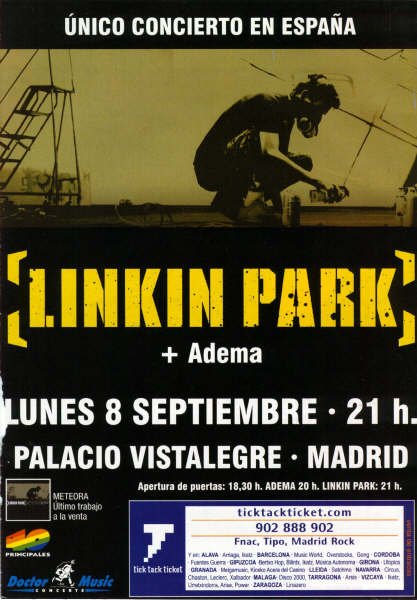