- On June 2, 2003, an announcement on the band's website stated, "Chester Bennington, vocalist for the rock band Linkin Park was admitted to a Los Angeles area hospital last Friday afternoon after an attack of severe back and abdominal pains. Bennington remains hospitalized as doctors are still trying to determine the cause of these ailments. All touring and video shoot plans in Europe have been put on hold this month as we make sure Chester fully recovers. We wish him the best, and will keep everyone posted as to his condition." 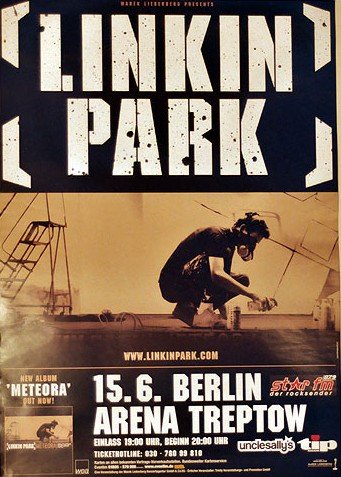