- According to reports of the show, "Chester stopped 'With You' because two people fell down in the pit. He said roughly (translated from Italian): "The next day, all the news should talk of that show as a nice event where guys go to have fun and NOT a way to damage ourself". 'With You' was replayed again from the start.

- At one point during the show, Chester threw a bottle of beer to the crowd but the bottle smashed into the ceiling and fell on the stage.

- This was the first show in support of Meteora, which means it was the first time that 'Session,' 'Don't Stay,' 'Somewhere I Belong,' 'Lying From You,' 'Faint,' 'From The Inside,' 'Hit The Floor' and 'Easier To Run' were performed live. This show still stands as the largest debut of songs in Linkin Park history.

- 'Lying From You' from this show was released on the digital Meteora: Bonus Edition.

Comments: 'Lying From You' only. Released on the 'Faint' single. Also included in the initial iTunes release of Meteora and in the tour edition of the album. 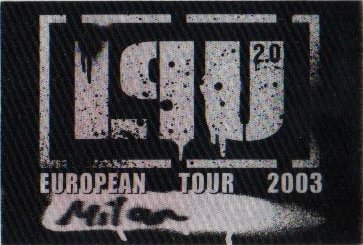