- After 'Papercut' Chester said "You know, you guys are so awesome! This is so great that you guys came out and decided to help these little children, so let's make this the best last show on Hybrid Theory!"

- According to a review, the band played "all their songs" except for 'Forgotten', 'My December' and 'Cure For The Itch'.

- Linkin Park played a benefit concert planned by Los Angeles-area teens for Los Angeles' first pediatric hospice. The "Young Angels Concert," to benefit the city's TrinityKids Care, was open only to students and their families, with tickets starting at $85. Admission included a buffet dinner, while all proceeds went to the hospice. The concert was a fulfillment of a community service project by a dozen 13-year-olds from the Mirman School in West Los Angeles.

- DC co-sponsored the event, and Colin McKay, Danny Way, and Jason Ellis all turned out for the show. Before the concert, DC distributed gift certificates, T-shirts, caps and stickers. The skaters even signed a few items.

- Colin McKay reportedly said after the show, "The crowd was crazy at the concert. They knew all the words to all the songs. We (Colin, Danny and Jason) screamed during the concert. We had an excellent time. I certainly felt all the consequences the next day, but it was well worth it. I am glad that we were able to come together and do something for a good purpose." 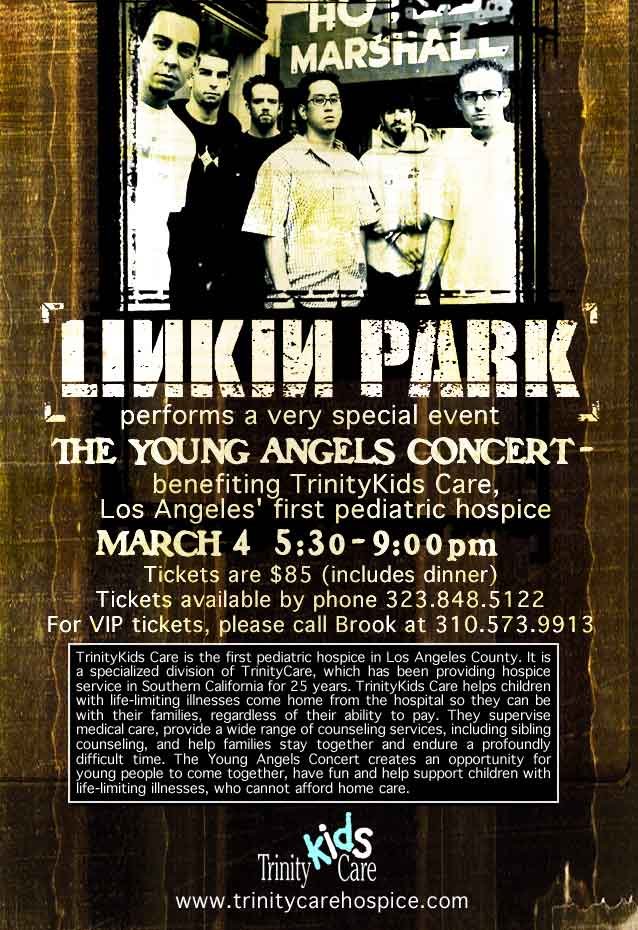