- Review of the show:

"Club-hopping in Hollywood is great. As many shows as there are on any given night, it is always a difficult task to choose when and where you want to be the most if you're an avid music fan. Late 1999, and the year 2000 have been an incredible time when it comes to new talent, which has made going to see concerts a monumental task if you're only one person. Last night, we narrowed it down.

Our friends at Andy Gould Management were intuitive enough to have forwarded us a CD advance by a band called Hybrid Theory about a month ago. Immediately taken by the sheer magnitude of talent in this band, both Brian and I were anxious to experience their live performance. Last night was only the first of hopefully many shows we will be attending in support of Linkin Park (formerly Hybrid Theory).

Emcee Mike Shinoda (one of two front men, and main rap vocalist) welcomed us and showed appreciation for their predecessors, Half Cocked (who we unfortunately missed) by thanking them for leaving the microphones smelling "fruity and fresh". After that, it was full speed ahead into what became a passionate and energetic performance by Linkin Park. The entire audience occupying the Whisky was already feeling the buzz surrounding the band that had a sound rumored to be a blend of hardcore, hip-hop, and electronic music with similar overtones from bands like Shorty, Tenfold, Simon Says, and even Professional Murder Music.

It would be an understatement to say that we were blown away. Chester Bennington (a complete Godsend on vocals) worked the crowd with his lively performance and astonishing singing voice, while Linkin Park's killer DJ Joe Hahn scratched and mixed with total style. This guy rules! Guitarist Brad Delson, sporting headphones and a great vibe, threw down with totally solid riffs that danced fluidly with the band's killer drum and bass team.

Linkin Park played an amazing set including just about all of the tracks that audiences will hear on their upcoming release in October. Needless to say, there wasn't a single Linkin Park cassette sampler left on their merch table!

Speaking to Chester after the show furthered our opinion on this great band. He candidly gave us a brief account of how he came to be a part of Linkin Park, "I'm originally from Arizona, and the rest of the guys are from here, so I was, you know, living in my car for a couple of weeks, and before you know it, things were happening. I feel really blessed right now. This is great. I'm just looking forward to getting out there [on tour]."

Keep a close eye out for the new Linkin Park release. This band is sure to explode on the scene when the word gets out further. Catch them live if you can; you'll be sorry you missed them if you don't. In the meantime, visit the band's website, at www.linkinpark.com. We sincerely appreciate and thank the band's management and publicity staff for bringing the music of Linkin Park to us." 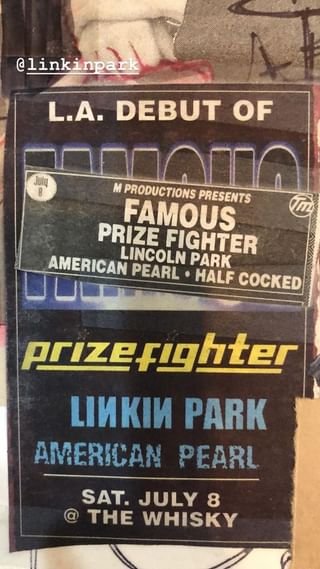 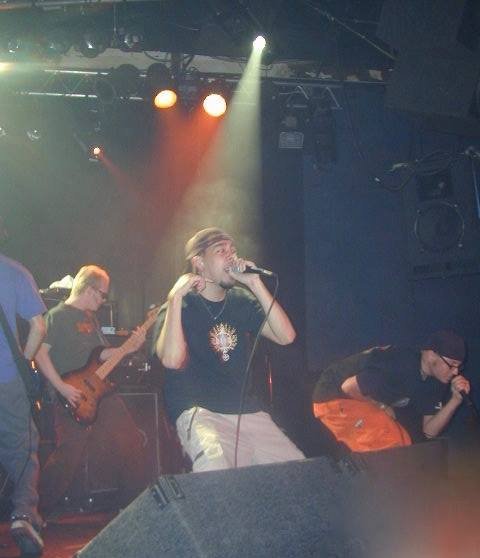 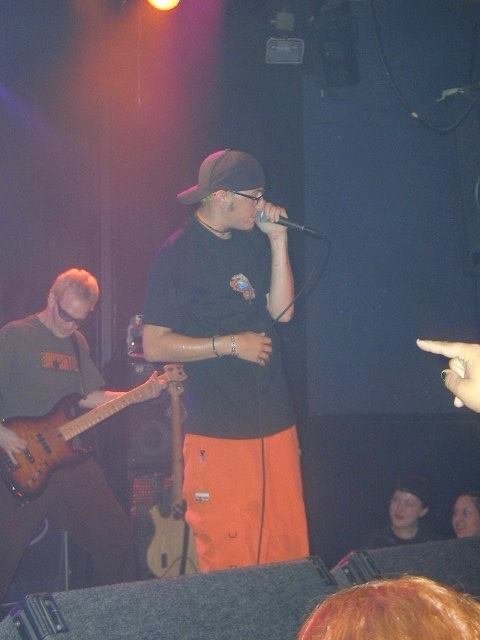 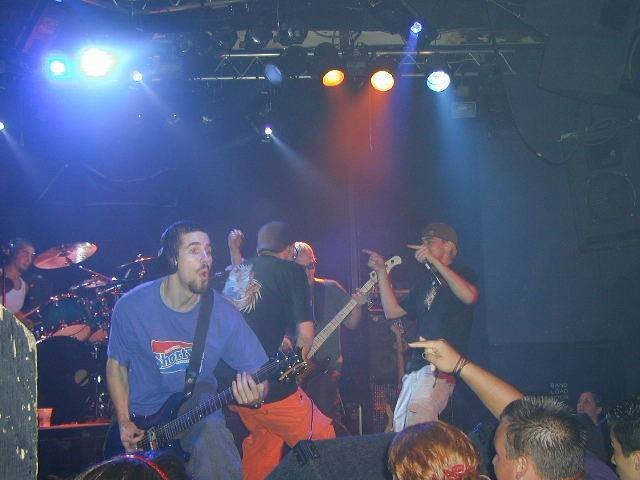 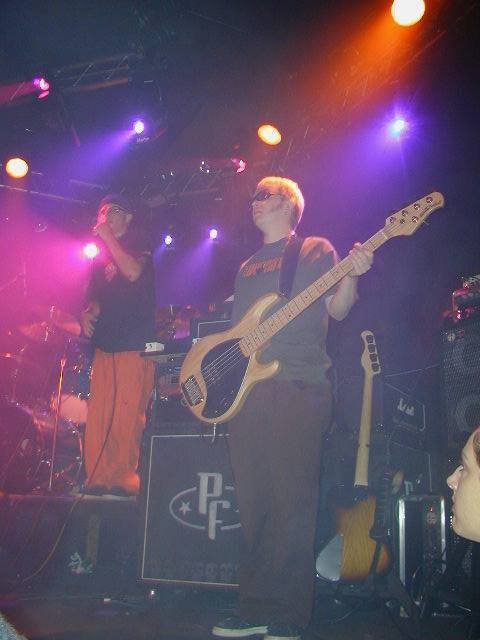