- Mike changed up the setlist for the show, moving 'When They Come For Me,' 'Roads Untraveled,' and 'Hold It Together' up in the set and adding 'Ghosts,' which had been absent from recent shows, to close the main set.

- Mike messed up the samples during the bridge of 'Hold It Together.'

- A shortened version of 'In The End' was performed. This is the same way the song was performed at the 2012.09.22 iHeartRadio Music Festival.

- During the intro of 'In The End,' Mike talked about something Jim Digby said to him earlier: "He has these moments of clarity, and he said to me: 'You realize that what you're doing with this show is like making grief fun?' That's a fucking weird thing to say, man! But it's totally true in a way, because what I know about you guys and what I know about me, is that since the very beginning, we've put our hearts on our sleeves. We've sung songs about things that are difficult. And I always thought of those as calling cards, like a card you'd give to someone and say this is where I'm at, this is what I'm about, and if you're interested, you can show up too. And when people showed up, that's when it was different."

- After that, fans held up signs that said "YOU #MakeChesterProud." Mike continued: "Those are making me feel like I'm onstage rockstar style, and I don't want to feel that way. That's a thing about me that you should know. I have had to work really hard to get up onstage and be super comfortable. When we started the band, my friend Mark joked that I looked like the guy in your math class... For me, it's never been about 'yeah, look at me, I'm a big rock star.' It's always been more about... we have a special opportunity right now to make memories and to have something you'll never forget, and if I can do that at all, then I've succeeded."

- Mike began performing short piano versions of Linkin Park singles 'Heavy,' 'Burn It Down, and 'Numb' after the second chorus of 'In The End.'

- Fans did a Boris flashmob during 'Ghosts.'

- This was the first time Mike played 'Heavy,' 'Burn It Down,' and 'Numb' during this tour.

- This was the first time a piano version of 'Numb' has ever been performed.

- This was the first time on the Post Traumatic Tour that the full version of 'Until It Breaks' was performed.

- This was the first headlining show to feature an opening act (Don Broco from England). Don Broco also opened Mike's show in Offenbach.

- Dan arrived in Köln a few hours before soundcheck. He performed a solo set at the Red Sea Jazz Festival in Eilat, Israel the day before.

Comments: Uploaded to YouTube a few days after the show. Fades in and out at the beginning and end.

Comments: 'Petrified', 'When They Come For Me', 'Roads Untraveled', 'Hold It Together', 'Waiting For The End/Where'd You Go', 'In The End', 'Heavy', 'Burn It Down', 'Numb', 'Papercut', 'Ghosts', 'Welcome', 'Until It Breaks' and 'Running From My Shadow' only. Uploaded to YouTube after the show. 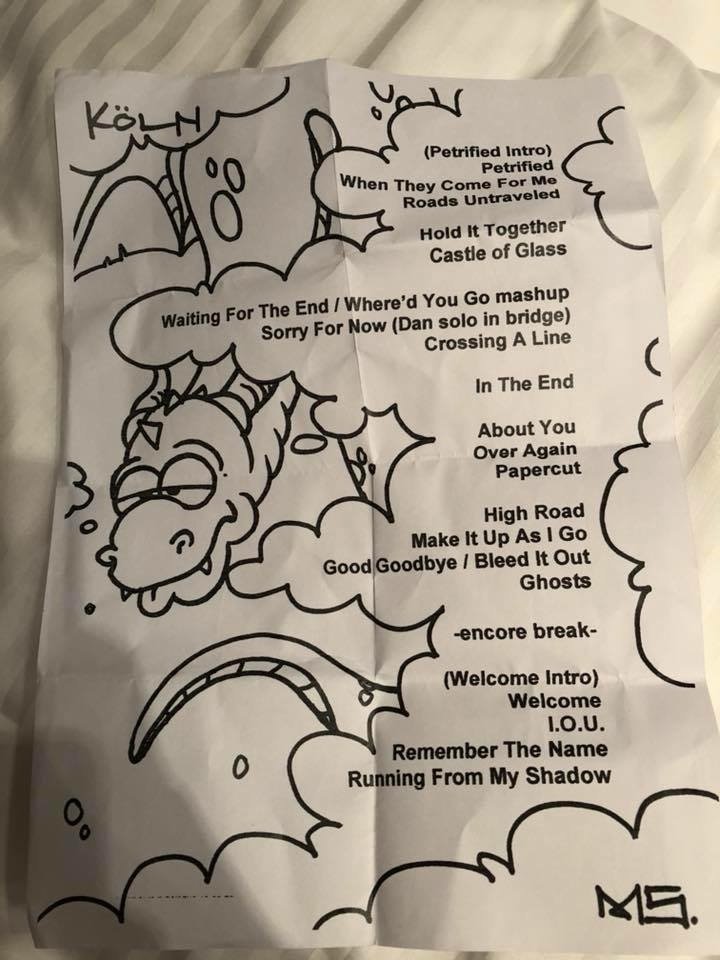 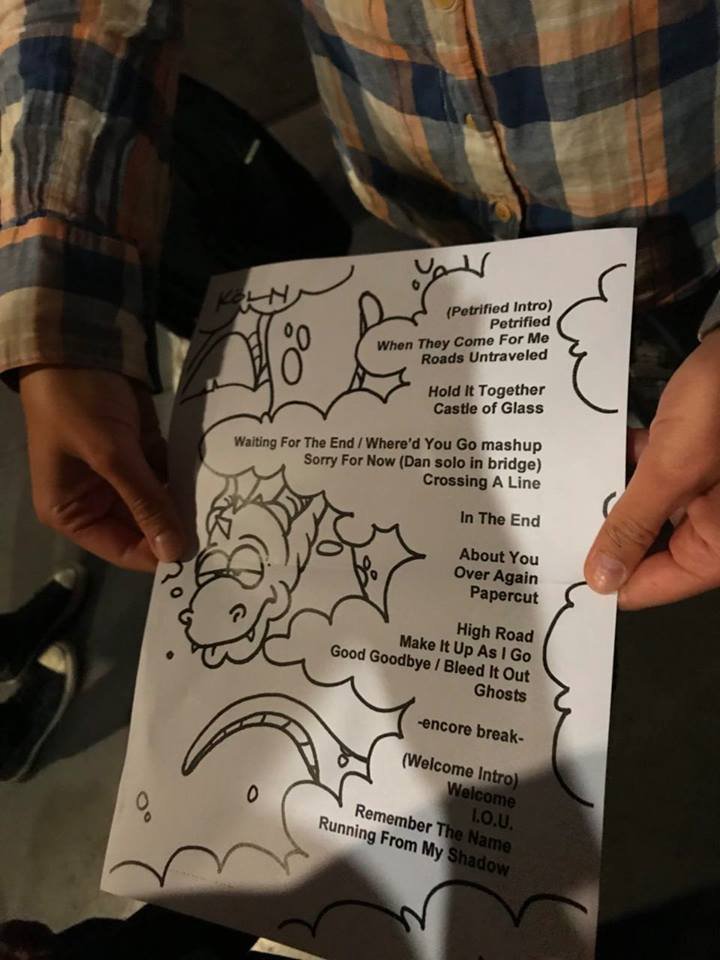 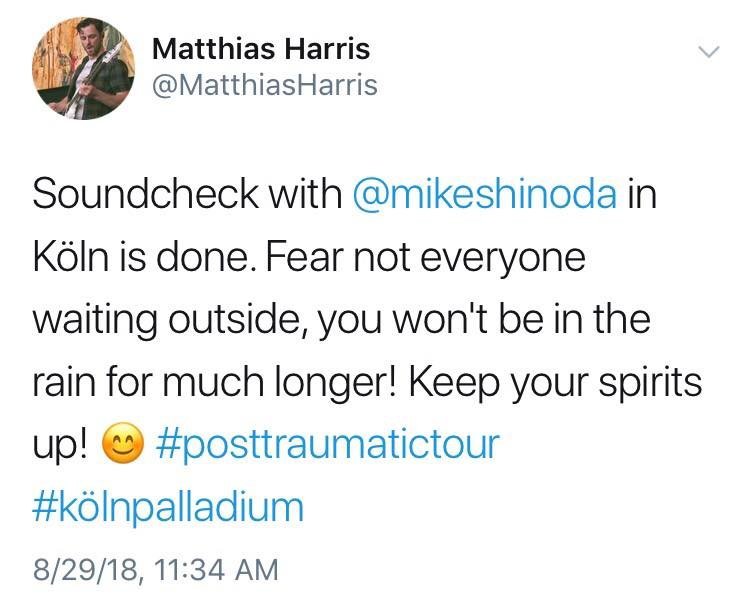