- The band comes out and talks for a brief second before 'With You'. Chester does not do his usual "c'mon" scream at this show to start the song and instead does a shorter one after it has already started.

- Since they had a longer set time, the band added 'Pushing Me Away' to the setlist mid-set. They messed up the intro to it but recovered in time for when the song actually kicked in.

- During the bridge of 'Forgotten', Mike apologizes for the band's flight getting in late so they missed their signing for fans. He said they'd be available to sign just after their performance.

- The band returned in August to play this venue as an OFFEST date. At the time of this show, they flew from Denver to Wantagh to Irvine in three days to play Ozzfest and two radio festivals.

Comments: 'In The End', 'Crawling' and 'One Step Closer' only. It is unknown which radio station this recording is from, but 'In The End' was played on KROCK a few times at least. 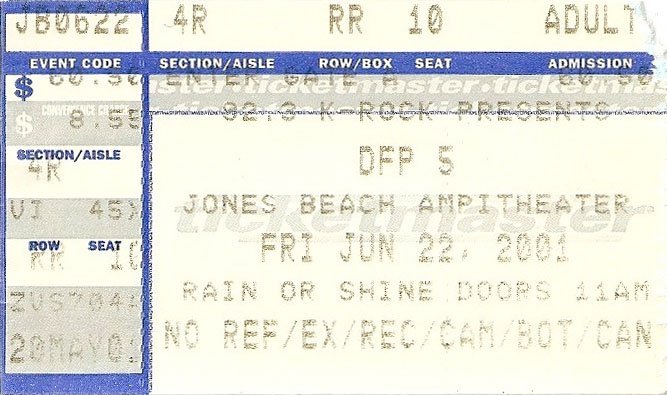