[REQ] Does anybody have the mp3 version of the song "Cross Off - Album Version (Clean)"? 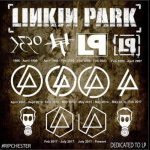 By NJPLP,
March 17 in Side Projects